in Gist and Gossip, LIFE STYLE 0 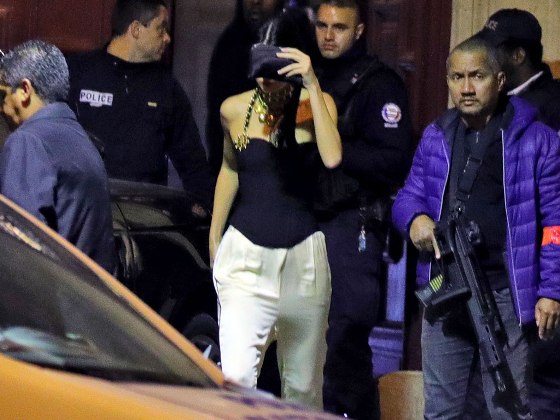 Kim Kardashian has left Paris on a private jet hours after she tied up and robbed of $10 million in jewelry by armed masked men dressed as police, who broke into her hotel room. (A photo of her above as she left the hotel after the robbery) Read the report from People magazine below…

“Five men in ski masks and police jackets were involved in the robbery about 3 a.m. local time Monday, Reuters reports. 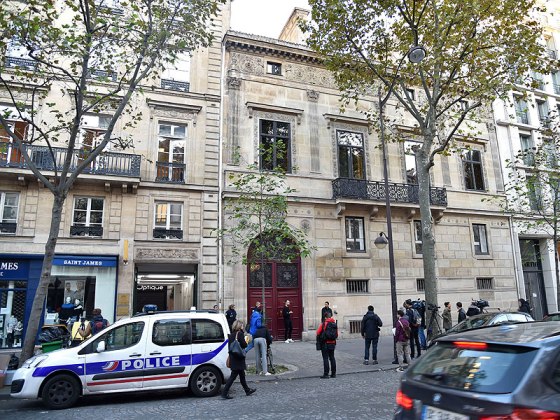 Two men entered her room at No Address Hotel (pictured above), bound Kardashian’s hands and feet with tape then locked her in the bathroom before stealing a jewelry box worth $6.7 million in jewelry and a ring worth $4 million, police sources told La Parisien.

Kardashian was gagged and bound at her hands and feet, then handcuffed and held at gunpoint, according to E! News. After the men left with “all her jewelry,” Kardashian “broke out of her bindings and got out.”

“She begged for them to let her live and [said] she has babies at home. Then they wrapped her mouth in tape and put her in the bathtub,” a source told E!. “She thought they were for sure going to kill her.”

Sources tell PEOPLE that Kardashian left her hotel in two vans with a police escort after she gave her statement to investigators.

The convoy blew through red lights in Paris en route to the airport, where a private jet was waiting to take Kardashian back to the U.S.

“She is badly shaken but physically unharmed,” her rep tells PEOPLE.

Kardashian has been on a high-profile tour of Paris Fashion Week all week and was joined by husband Kanye West until Wednesday. She was also joined by mom Kris Jenner and sisters Kourtney Kardashian and Kendall Jenner. 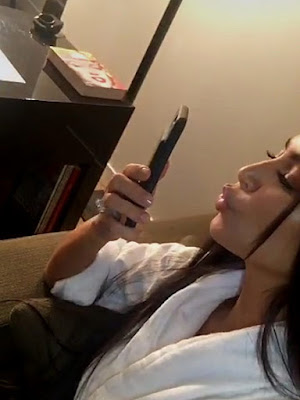 By 2:30 a.m. Paris time, just minutes before the robbery, she was back at her hotel room and Facetiming with brother Rob Kardashian and his fiancée Blac Chyna to wish them congratulations at their baby shower, according to her Snapchat. (Kim pictured FaceTiming with Rob and Chyna about 2:30 a.m. Monday – minutes before she was robbed)