Legendary wrestler, John Cena stunned fans when he got down on one knee to propose to Nikki Bella, his longtime girlfriend and wrestling partner, in front of thousands. 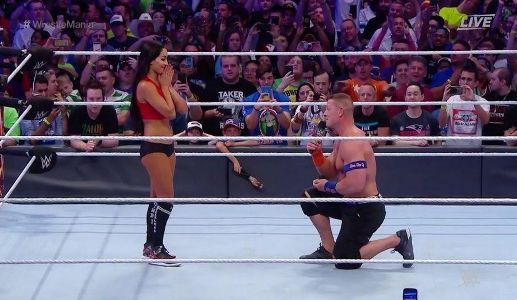 A brave Cena grabbed a microphone after the match and said to Bella:

This is what you wanted over a year ago. You broke your neck and did everything you could to come back because you wanted a WrestleMania moment. I’m so very proud of you

Right before your surgery, there would be a time when you would be a little loopy and I could ask you anything I wanted. If you gave me an honest answer, you wouldn’t remember what you said. After a year and half, you asked me all the time. I promised I would tell you when the time is right. The time is right.

‘I just need you to say yes one more time.’

Cena then reached into his pocket, pulled out a ring box and got on bended knee.

‘I have been waiting so long to ask you this, ‘Will you marry me?’ 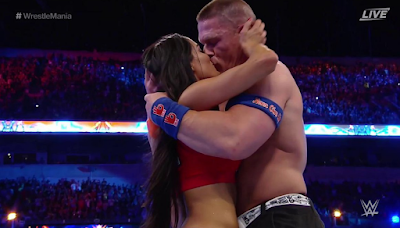 Bella nodded.  The two then kissed and embraced. 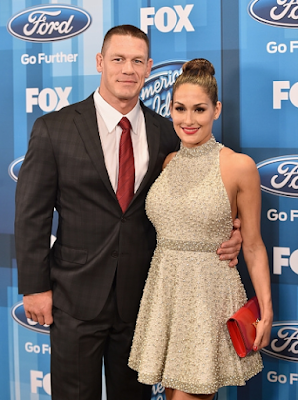 However, this will be Cena’s second marriage following his divorce from his first wife, Elizabeth Huberdeau, in 2012.
Watch the engagement video below…
Share this on WhatsApp
2017-04-03
Oby Emily

Previous: EFCC awarded the Most Effective Government Agency In Nigeria
Next: Made In Nigeria Car With Wooden Body (Photos)